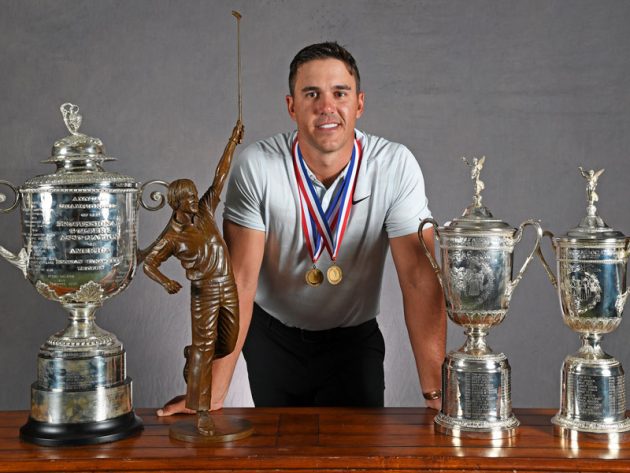 Is Brooks Koepka the Most Underrated Golfer?

Some of you may ask – who’s Brooks Koepka? Where has he been all this time? Well, let me tell you a little secret…. Brooks Koepka is the new World No.1 and has won 12 times worldwide! He has won 2 of the 4 Majors in 2018 with a total of 3 Majors in his last 6 played – I don’t know about you but that is an outrageous winning % in Major Championships!!

Nonetheless, all you hear about in the media is the rise of Tiger Woods, and is he ‘back’? Will Dustin Johnston or Speith or Thomas win the next event? Will Rory return to form? Or rather more light heartedly, when will Phil the Thrill start his own dance classes?!

Anyway back to Koepka, see how easy it is to get sucked in by all these other big names?! Brooks Koepka is arguably one of the most underrated players currently on the PGA Tour! With back to back US Open wins and 3 Majors in his last 6 attempts you’d think you would see him all over the media, but sadly that is not the case. In Koepka’s Major history he has only ever missed 2 cuts out of 20, yes 2!! AND they were his first two Major tournaments.

Brooks is known for his athletic build and powerful drives, with his longest drive this season at a whopping 411 yards!! That’s longer than most of the Par 4s us regular golfers play – the team at Shot Scope know this, as we map every course on our system! Shot Scope V2 automatically tracks every shot you hit on the course, find out if you can smash one as far Brooks with Shot Scope V2.

With a 2018 scoring average of 69.4 (ranks 9th) we should all expect to see Brooks challenging in every tournament he plays. Scoring average combined with his ball striking is why Brooks is ever consistent in non-majors too. This season he has made 16/18 cuts, with 2 runners up placings and 6 top 10s. With his recent CJ Cup win (12th win worldwide) Brooks is now the Official World Golf No. 1!

After all his (rather unheard of) success it seems fitting for Brooks to be awarded 2018 Player of the Year! Congratulations Brooks! It is also nice to see the likes of Justin Thomas and Dustin Johnson congratulating Brooks on his title! The camaraderie and sportsmanship within the golfing world is unique to golf. 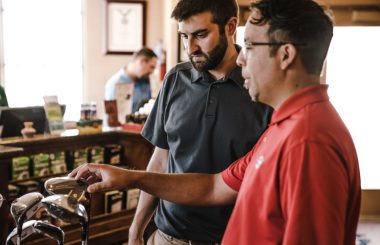 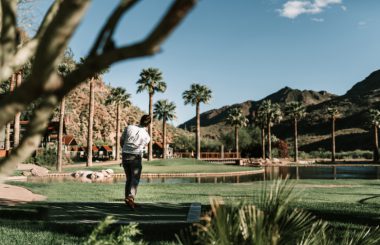