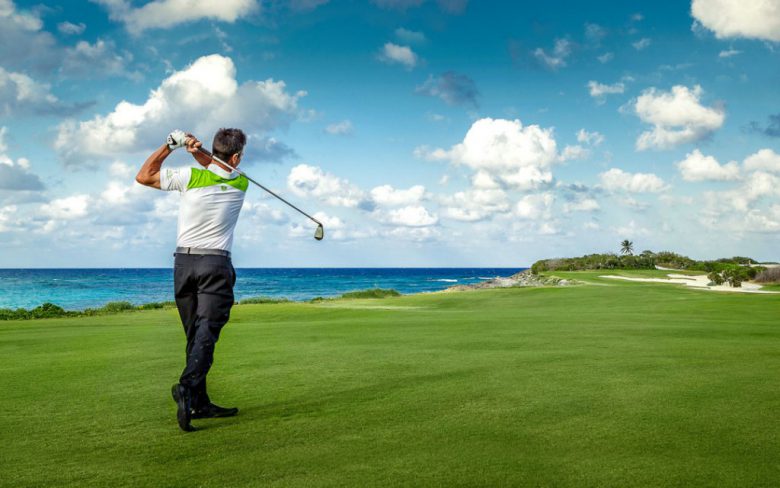 Firstly, understanding the distance each of your clubs go will help you make better decisions with regards to approach shots. Shot Scope users find that they don’t hit the ball as far as they think. But once they know their actual club distance (see image), they can use the information to make better decisions and ultimately shoot better scores. We recommend that Shot Scope users always refer to their P-Avg statistic (performance average) as this removes all outlier shots, and gives you distances based on only well struck shots.

Shot Scope data reveals that 72% of danger is at the front of the green, usually sand or water, whereas there’s only 28% at the back. Therefore missing long is significantly less of a problem than missing short.

In this instance, if this golfer were to hit a 7 iron, i.e. to the middle of the green yardage, their average and performance average show that they would end up in the danger zone at the front of the green. This is why they should select a longer club than they think, a 6 iron would eliminate the chances of landing in the danger zone.

Greens in regulation is a stat that comes hand in hand with approach shots. This traditional statistic is built by firstly hitting a tee shot that enables you to hit the green, then by hitting your second shot onto the green (on a par 4).

Shot Scope data has revealed there is a significant decrease in GIR percentage between an 8 and a 14 handicapper. Why? It is mainly due to the fact that, generally, a 14 handicapper won’t hit it quite as far and can’t reach some holes in regulation. Alternatively, it can be that the higher handicap player is less likely to keep the ball in play off the tee, which means they have no shot to the green with their 2nd shot and have no choice but to lay up/chip out.