"The improvements I have made are very impressive! After just a few rounds and the watch working out the average distances of each club, I saw a significant improvement in my handicap" 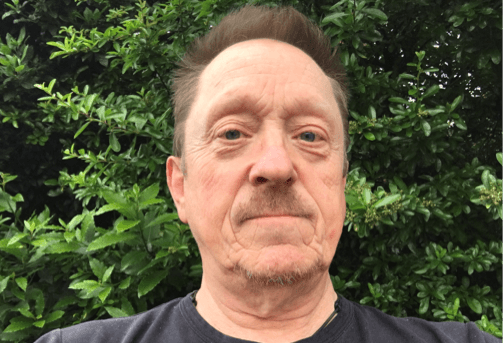 Analysis of Colin's data from his Shot Scope Statistics

Colin is a typical 13 handicap golfer, he has recorded over 29 competition 18 hole rounds on Shot Scope since starting to use Shot Scope V3 in July 2020.

You can see that Colin is gaining shots in short game and particularly in putting but losing shots to a 10 handicapper on tee shots and approaches. Interestingly Colin’s performance tails off on the back nine, something that we could try to combat by eating and drinking better through-out the round. 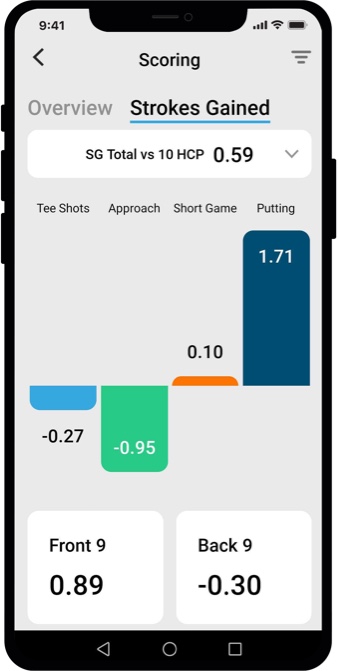 Colin is losing -0.27 shots per round against a 10 handicap. 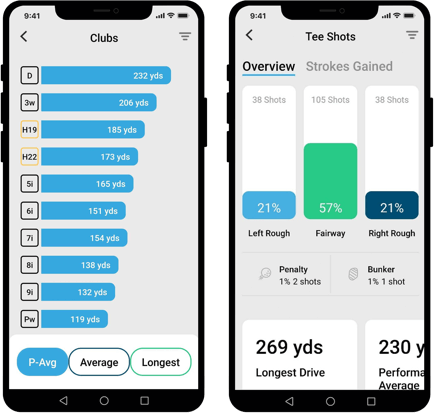 Comparing Colin’s performance average distance with his Driver you can see that he is averaging 232 yards off the tee. In the Shot Scope database, 10 handicappers are averaging 256 yards.

I would suggest that gaining 24 yards would be very difficult, there may be some equipment gains such as custom fitting or optimising shaft/loft but these are tough gains to achieve.

The 10-handicap fairway hit average is 49%, so with achieving 57% Colin is ahead of average. This will help lessen the impact of the lack of distance.

Looking at Colin’s Strokes Gained data, he loses nearly a full shot a round against 10 handicappers on approach play.

With Colin’s lower than average distance from the tee we would expect shots to be lost from over 200 yards, however against 10 handicap golfers this is actually Colin’s strongest distance. Colin is losing ground mostly between 100 and 200 yards. 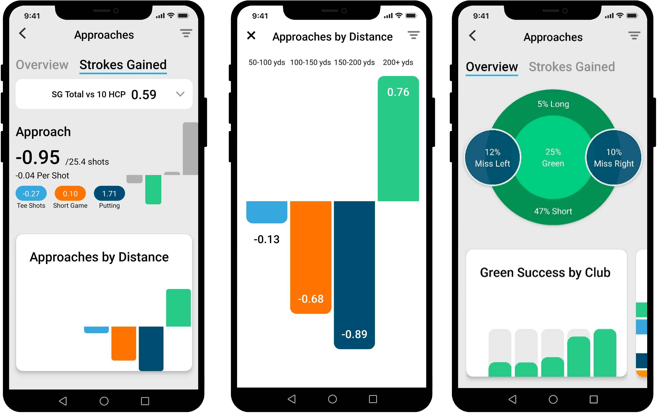 You can see from the next screen shot, that 47% of Colin’s approach shots are ending short. This would suggest that Colin should hit more club when approaching the green to try and make sure that he is hitting the green.

Diving deeper into approach distances and green success, you can see how Colin’s chance of hitting the green lessens the further away he is, in fact it is quite dramatic. The difference of hitting the green from 50 – 100 yards away to 100 – 150 yards is double. Another point of feedback is that when playing a recovery shot or lay-up we want Colin to get as close to the green as possible.

You will also notice that Colin does not hit the green at all when in fairway bunkers, so these should be avoided at all costs.

Even though this is an area of the game where Colin is ahead of 10 handicap golfers there is still areas to improve.

Colin is a very good short game player from the rough. However bunker play lets him down, ending up in a bunker around the green costs Colin significantly.

Up and down % is traditional golf statistic but can be very misleading. There are many ways to make an up and down on a golf course, however the main theme that the closer Colin is to the hole the more likely he can get up and down.

However diving into short game proximity really tells a story. We can see that bunker play is really costing Colin and would advise working with his local PGA professional as it is a highly technical area of the game.

The other stand-out nugget in Short Game proximity is that Colin’s best average is from 0 – 25 yards, on the fairway and still averages 8 feet, we would suggest if Colin has access to a chipping green to mark out an 8 feet circle and practice chipping to it. The reason for this is to understand expectation around the green, too many times we see golfers unhappy with a chip or pitch which is in their average, when in fact this should be looked upon as a great chance to hole the putt and keep momentum in their round.

This is easily the strongest area of the game, Colin picks up a whopping 1.71 shots per round against 10 handicappers. It would be quite easy to suggest that there is no area for improvement however there is one area of putting which could improve.

Colin’s make % is very good on short and medium putts, if we were being highly critical there is room for improvement between 3 and 6 feet, that % for a good putter should be around 75%.

Looking at miss short %, 59% looks a large number but in reality we commonly see 80% plus as golfers putt to the hole not past it.

However even though putting is Colin’s strongest area of the game, it is evident that he could get the ball closer to the hole from distance. Understanding that Colin’s loses strokes from over 30 feet distance away shows that Colin is not getting the ball close enough. Strokes Gained looks at the start and finish of every shot, so if Colin is losing shots it is because the finish position is not close enough to the hole, this is most likely due to distance control.

A remedy to this would be prior to play if Colin has enough time for a practice putt, concentrating on holing short putts and then practicing several pace putts of over 30 feet. 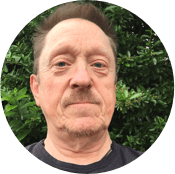 Colin is a great example of how a golfer can use Shot Scope Strokes Gained data to understand and dive into their game. There is so much to be learned and most importantly Colin can measure his improvement across his game and hopefully start shooting under 80 regularly. 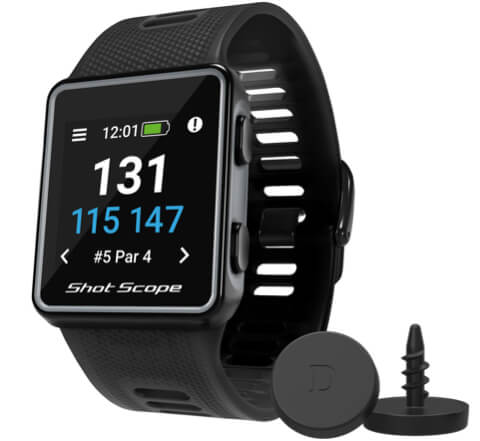