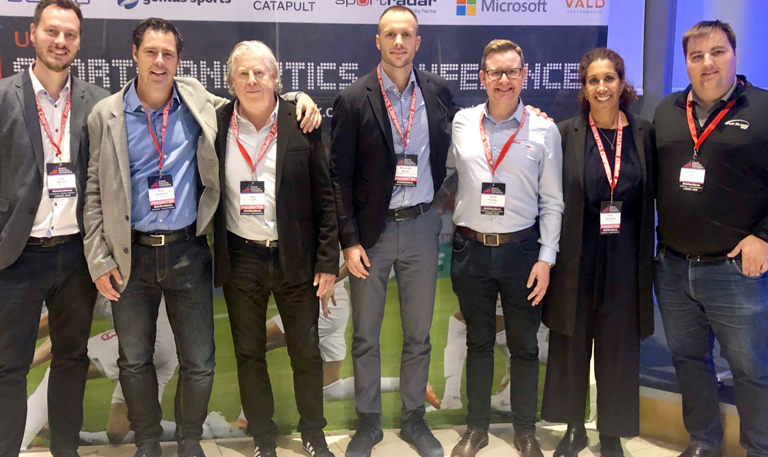 Shot Scope Technologies were announced as winners of the 2018 Game Changers Start-up Competition at the 2018 UK Sports Analytics & Technology Conference in October!

Shot Scope received this award for their unprecedented data analysis and statistics produced by the Shot Scope V2 golf watch. The watch produces over 100 tour-level statistics, which the team of golfers at Shot Scope have identified as being the best statistics to help aid a golfer’s improvement.

The immense volume of data Shot Scope produces, alongside the rich quality of the data, caught the judges’ attention at the Game Changers Competition. The intricate attention to detail put into ensuring all these performance statistics are not only correct, but easy for golfers to understand and interpret is one of the reasons Shot Scope stood out from its competitors.

Shot Scope attended the 2018 United Kingdom Sports Analytics & Technology Conference in London. This event showcases over 50 speakers from within the European and Global sports industry, with over 500 people attending the event in London this October. There were presentations from businesses in the Data, Digital and Technology for the Sports, Media and Entertainment industries from all across the UK and Europe.

The calibre of speakers at this event makes it the pinnacle of events within the Sport, Technology, and Data industry. The event included world class speakers from global companies such as BBC, NFL, Scottish Rugby, Microsoft, Intel, KPMG and the European Tour.

It was during this event when the 2018 Game Changers Start-up Competition took place, and Shot Scope were unveiled as the 2018 UK Winners.

Shot Scope V2 is a golf watch that provides the user with highly accurate GPS and fully automated performance tracking. Simply wear the watch whilst you play and Shot Scope V2 does all the work for you.

Average distances hit with each club, fairway accuracy, putts per round, approach proximity to the hole, greens in regulation and 100+ statistics similar to these are available to analyse, helping to improve your golf! Shot Scope users have reduced their handicaps by an average of 2.7 shots! That’s one way to help you start winning competitions or even just a game with your friends.

Shot Scope are always trying to improve user experience and in doing so have released multiple interactive features over the last few months.

Medals allow users to earn whilst they play. Knock a drive 270 yards, congrats you’ve unlocked the 250yard drive medal, but fell just short of the 275 yard medal – best get out playing again to try get that next level unlocked!! Leaderboards is the most recent interactive feature which allows users to compete with other Shot Scope users worldwide – and make their own personal Leaderboards for their friends to join! Leaderboards provide users with an extra competitive element to the game of golf – allowing users to try and beat their friends in various different categories.

The Company Shot Scope was founded in 2014 by CEO David Hunter. Hunter, a former electronics design engineer and secondary school teacher, invented the product at home in his spare time. Now a team of 17 based in Edinburgh, Shot Scope designs, engineers and manufactures all its products in Scotland, bringing golf technology to The Home of Golf. The team also includes former Walker Cup player and ex-professional golfer, Gavin Dear. 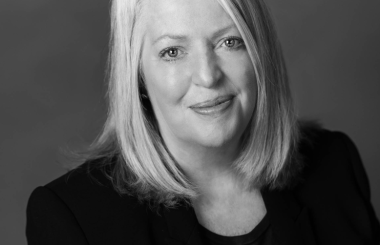 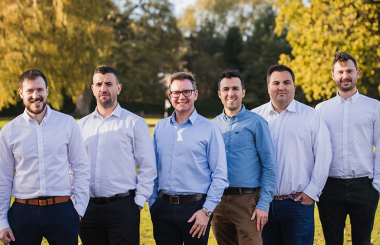 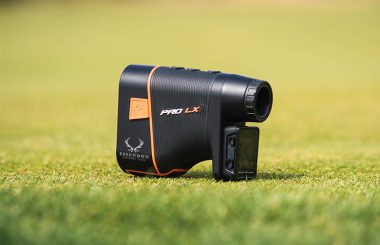