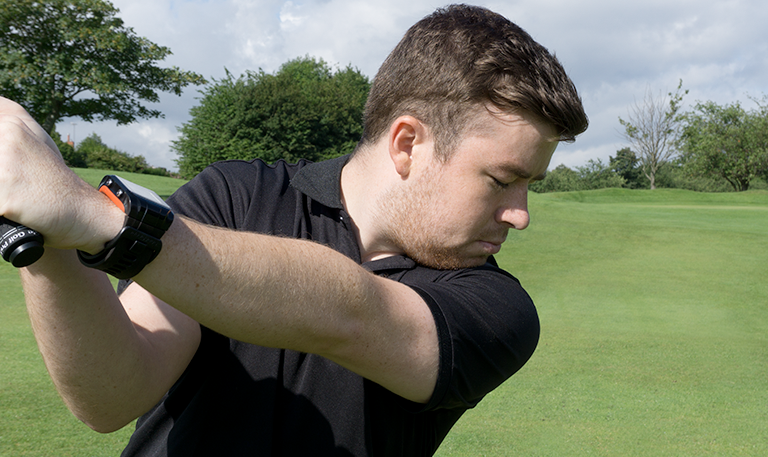 Shot Scope Technologies’ performance tracking system is now available to buy from shotscope.com. Highly anticipated release follows a sell-out pre-order in January 2016. On sale since mid-June, Shot Scope is already being used in 24 countries worldwide. Users are averaging 1,000 rounds per month with Shot Scope, playing around the world: from Australia to South Africa, Bermuda to Argentina, China to the UAE and many more. Shot Scope has received positive feedback for both its technology and customer service. It is the world’s first fully automated performance tracking wristband for golf. Shot Scope will be used on the European Tour for the first time at the Alfred Dunhill Links in St Andrews in October 2016.

Shot Scope Technologies (shotscope.com) is a Scottish company which has designed, manufactured and launched a wearable performance tracking system for both the amateur and professional golfer. It is comprised of a wristband and a set of 20 unique tags.

The intuitive system provides a level of information that was previously only available to professionals. The data translates into over 100 Tour-level statistics: displayed in meaningful charts, graphs and tables to allow for real understanding of the information. The data highlights the golfer’s strengths and weaknesses and gives an in-depth analysis based on far more than just the final score.

Shot Scope automatically collects data in the background, allowing the golfer to play uninterrupted. The unique ClubSense technology utilises the tags to detect which club is in use, therefore no manual input is required. PinCollect has been developed and optimised for putting. Integrated GPS tracking ensures accurate tracking that pinpoints the exact location of shots. On completion of a round data can be quickly uploaded to a smartphone or computer, via Bluetooth or USB, where it can be viewed instantly. This is where the fun begins. Relive your round of golf and assess your performance like never before: view maps of your shots on each hole, analyse the clubs used and the distance of every shot hit, understand your tee shot performance including long drives, discover how close your approach shots were to the pin and review detailed short game analytics and putting performance insights.

Shot Scope has been ruled as conforming to the Rules of Golf and can therefore be used in competitive play. The system will be used by professional golfers at the Dunhill Links European Tour event in October. Combined with the long battery life and ability to store 100 rounds on the wristband, a golfer can track every shot, every round, every game for maximum insight. Providing a level of data analysis which was once only available to the elite, Shot Scope makes it available to golfers of all levels. Join the Performance Tracking Revolution today and watch your game improve.

David Hunter, CEO: “The team at Shot Scope have worked exceptionally hard over the past year to complete the development, identify manufacturing partners here in Scotland and launch the product. Shot Scope is now being used in more than 20 countries and I am incredibly excited about the future.”

Gavin Dear, CCO and former pro-golfer: “It has been absolutely fantastic to receive the quality feedback from our early users. Seeing rounds coming in from all over the world has really driven the Shot Scope team on. 2017 will be an exciting year and I would expect to see Shot Scope used on the major tours as we have a number of tour professionals actively testing the product right now.”

Ken Lewandowski, Chairman: “Shot Scope is an innovative solution that will revolutionise the game of golf. This is the first product on the market that allows golfers of all levels to automatically collect performance data. Everyone involved is excited about the future of Shot Scope.”