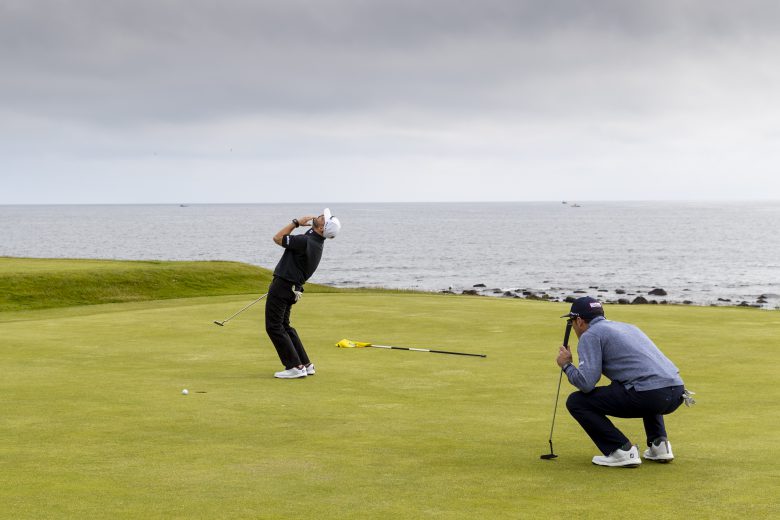 3 Putts: How to avoid

3 putts. Annoying and avoidable. How can you improve your putting and reduce the number of 3 putts?

GPS watch and performance tracking company Shot Scope, produce statistics on all aspects of the game. Their statistics and findings on putting arguably offer the golfer a big opportunity to save shots on the golf course. The high percentages of three-putting across all levels, coupled with evidence of poor distance control, indicates a fast track to lower scores. The image below highlights 3 putt percentages across 5 handicap levels.

A massive key for scoring for the handicap golfer is to avoid three putting – do this well and it can significantly reduce your handicap.  The 3 putt percentage is surprisingly high over all of the handicaps, with 20 and 26 handicappers three-putting 19% and 25% of the holes they play. There is a lot of room for improvement!

Even more surprising is the average distance of the second putt when three-putting. A 20 handicapper has a second putt of nearly 9ft!! This is predominantly a distance control issue, because the ball usually comes up short. Even Jordan Speith – one of the best putters in the world – only holes a 9 footer 24% of the time, so what chance have the rest of us got?

Holing out or make % is a huge factor in putting, particularly 3 putts. The image shows the significant increase in make % across all handicaps when they get inside 4ft compared with from 6ft. This is more noticeable among 14, 20 and 26 handicaps.

As Shot Scope suggests, most three-jabs are cause by coming up short… which is most often a question of strike quality. A pure strike means optimal energy transfer into the ball; miss-strikes mean less energy and less distance. To improve your strike on longer putts, let your core take control of the stroke.

Top Tip: When using the PinCollect feature, include all shots taken with a putter. For example, 1 putt from off the green and 2 putts on the green = 3 on PinCollect.