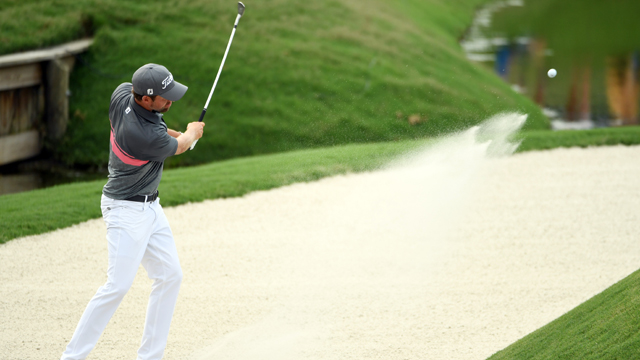 Bunkers provide another issue when it comes to short game. Pulling the right club for your approach shot (often one more than you think) can help you avoid landing in the greenside bunkers, but on the whole you can’t avoid them completely. On average you will have one or two greenside bunker shots per round. Consistently playing good shots from the sand requires good technique and practice – poor play can cost you a lot of shots very quickly.

The goal should be to get the ball out and on the green every time; Shot Scope data reveals that playing for the middle section of the green will increase your margin for error.