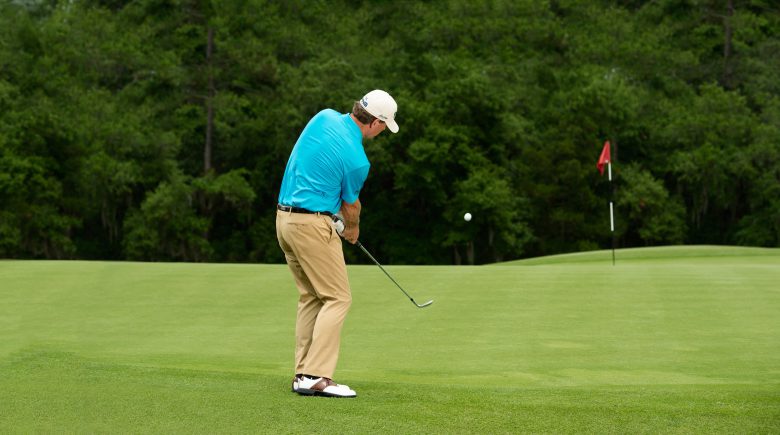 Shot Scope data has identified something we call ‘the lob wedge addiction’. Poor short gamers pull the lob wedge 42% of the time around the green, while better players use it only 8% of the time as part of a much more even spread of club usage from 8 iron to putter. Our data clearly shows the benefits of adjusting clubs around the green rather than using the same one all the time.

The data shows that poor short game players don’t use a variety of clubs around the green. Oddly, they rely on higher lofted clubs which require more skill and an exacting strike to get the ball close to the hole. They are most likely manufacturing a shot to try and get the ball close to the pin. Technique wise a ‘bump and run’ played with a less lofted club like and 8 iron is an easier shot to execute, as the technique is most similar to a simple putting stroke.

Better short game players on the other hand, use a larger selection of clubs around the green, with 48% of shots played with an 8 iron, 9 iron and PW. We know that these clubs have better margin for error than higher lofted wedges. The better short game player will select the club that gets the ball rolling on the green quicker.