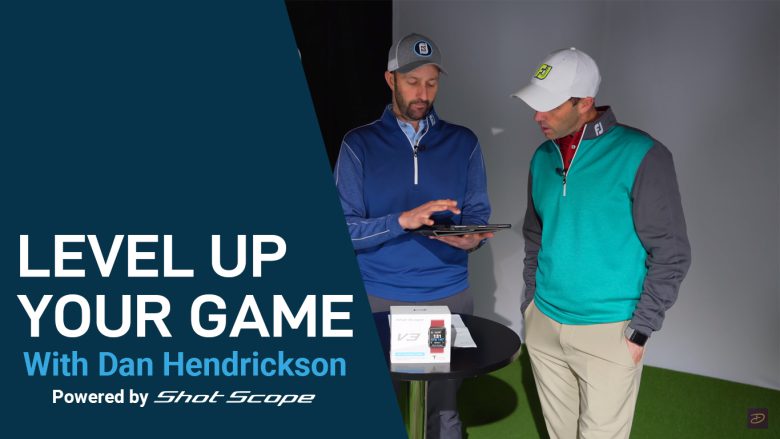 The world of golfing stats and analytics can seem a little mystifying to those who are not used to performance tracking. What does shots gained mean? How do I measure my progress? Where do I find my strengths and weaknesses? These are all common questions for first-time users of golf performance tracking devices.

Thankfully though, PGA Pro and golfing Youtuber, Dan Hendrickson Golf, explains how easy it is to use shot tracking data from Shot Scope’s V3 GPS watch, and how these stats can be used to help golfers understand and improve the problematic areas within their game.

In the opening video of his new Stat Show series, Dan Hendrickson Golf takes an exploratory look into the Shot Scope data produced during an 18-hole match played by his brother – and fellow PGA Pro – Paul Hendrickson. Dan’s detailed analysis of the round provides a great insight into the depth of features available on Shot Scope’s Dashboard – whilst also revealing where Paul needs to focus his future practice.

Read on to find out where Paul struggled around Trevose links, how each aspect of his game compared to his golfing peers, and how you too can utilise stats to improve your game today.

One of the first areas of Paul’s game which is analysed is average number of strokes per hole type. Interestingly, the data recorded on the Shot Scope V3 highlights that Paul takes 3.5 shots on average for par 3s but is under or nearly matching par for par 4s and 5s. The fact he struggles most on the shortest holes is surprising for a golfer of his calibre, however it is also testament to the challenge the par 3s offer at the tricky Trevose. Which type of hole do you think you are worst at? Simply check the dashboard to find out.

Allowing the user to easily see how their game compares to an average player in their handicap group, the strokes gained feature is useful for adding perspective and making golfing data more accessible.

In Paul’s case we can see that, on average, he is losing around 4 strokes per game compared to what an average Tour Pro would expect to score on the same course. While this is helpful to know in itself, it’s also possible to go a step further and explore a detailed breakdown of the individual elements of Paul’s game to find where these shots are being dropped. The data illustrated that Paul lost nearly 3 of these 4 shots to putting alone, thus stressing his need to hone his technique on the greens. On the other hand, he was able to gain 1.3 shots with his short game – which was on strong form around Trevose.

Delving deeper still with the analysis, Paul was able to investigate where specifically his putting fell down. In this case, the stats indicated that he was consistently missing the hole short, with 67% of his misses failing to reach the cup. Such information can then be implemented to inform his putting practice routine. If you suffer from a similar issue, it can be worthwhile incorporating some putting drills like these into your game.

Despite posting a strong short game performance overall, the data demonstrated that there were still areas of improvement to be found within this shot type. The lie that posed the biggest challenge for Paul was the bunker – which contrary to the belief of his playing partners – was responsible for the loss of 0.76 shots around Trevose. One possible explanation for his poorer performance out of these hazards, was the fact Paul is used to playing parkland courses which use slightly different sand in their bunkers. Follow the link to learn more about how Shot Scope stats can help you to improve your bunker performance.

Much like with putting, the data revealed Paul was consistently coming up short with approach shots. This could be for one of several reasons. Club selection could be a potential factor; perhaps Paul is simply under-clubbing and would benefit from looking at his average yardages for each club on the Shot Scope dashboard. Or maybe his lackluster approach play is due to imperfect ball striking. While this is unlikely in the case of a professional golfer, such off-centre hits could suggest that a more forgiving set of clubs might help to improve strike quality. So, if the data suggests you are inconsistent with your approach yardages, a game-improvement set of irons is one avenue you might consider looking down.

Ultimately Paul’s game around Trevose had its strengths and weaknesses, and thanks to the Shot Scope V3 GPS watch he was able to easily identify both areas. On the negative side, Paul discovered that his future practice should be focused on his putting pace and approach distances. However, it’s always important to acknowledge your strengths in golf too. In this regard, the positive stats Paul received in relation to his short game as well as his performance on longer par 5s, should serve as a nice confidence boost for him in future outings. If like Paul, you are interested in identifying the strengths and weaknesses in your golf, there has never been a better time to consider using a Shot Scope performance tracking product. 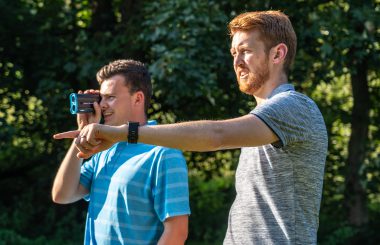 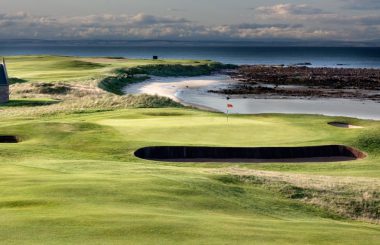